Join us on Zoom for a celebration of Irish Crime Writing on this Saturday after St. Patrick’s Day!

Jane Casey,  Brian Cliff, Arlene Hunt and Liz Nugent will be joining us for a discussion moderated by our very own Elizabeth Mannion.

Please note, unlike our usual monthly meetings, this event will be held on a Saturday at 2pm. 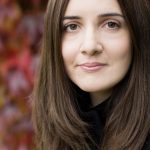 Crime is a family affair for Jane Casey. Married to a criminal barrister, she has a unique insight into the brutal underbelly of urban life, from the smell of a police cell to the darkest motives of a serial killer. This gritty realism has made her books international bestsellers and critical successes; while Detective Sergeant Maeve Kerrigan has quickly become one of the most popular characters in crime fiction. Winner of the Mary Higgins Clark Award for The Stranger You Know, Jane has twice won the Irish Crime Novel of the Year Award and has been nominated for several other prestigious prizes. She is a top ten Sunday Times bestselling author. 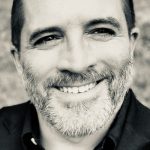 Brian Cliff is a visiting research fellow in the School of English at Trinity College Dublin, where he was a lecturer and assistant professor from 2007 to 2019. His recent publications include the Edgar Award-nominated Guilt Rules All: Irish Mystery, Detective, and Crime Fiction (2020), co-edited with Elizabeth Mannion; Irish Crime Fiction (2018); Synge and Edwardian Ireland (2012), coedited with Nicholas Grene; and a reprint of Emma Donoghue’s Hood (2011), coedited with Emilie Pine. He co-organized “Irish Crime Fiction: A Festival” in November 2013, and is currently working on a monograph about community and contemporary Irish writing. 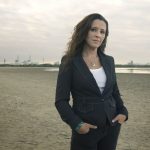 Arlene Hunt is a writer and reviewer. When not writing, or procrastinating about writing, she can usually be found halfway up a mountain with two German Shepherds for company. Arlene is the author of the QuicK Investigations series and No Escape. She is currently working on a new novel, to be published with Hachette later this year. https://arlenehunt.com/. 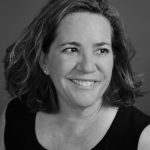 Elizabeth Mannion, Chapter Board Member-at-large, is a teacher and researcher with a focus on drama and an interdisciplinary range of Irish studies, from modern drama to contemporary crime fiction. Beth is the co-editor, with Brian Cliff, of the Edgar-nominated Guilt Rules All: Irish Mystery, Detective, and Crime Fiction (2020); editor of The Contemporary Irish Detective Novel (2016), and the author of The Urban Plays of the Early Abbey Theatre (2014). She teaches at Baruch College in New York. 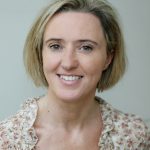 Liz Nugent is a writer of award-winning psychological suspense novels Unraveling Oliver (2014), Lying in Wait (2016), Skin Deep (2018), and Little Cruelties (2020). All four books topped the Irish bestsellers list and Liz has won multiple literary awards. Her books have also been optioned for screen adaptations. Liz’s books have been translated into 16 languages. She has also written extensively for radio and television in drama and animation. http://www.liznugent.ie/.