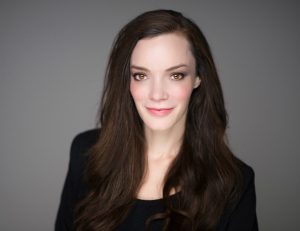 Join us for an evening with private investigator, Catherine Townsend.

Catherine Townsend is a writer, podcaster and licensed private investigator. Her work has appeared in publications including The Atlantic, The Daily Beast, the New York Post, The Huffington Post, Marie Claire and Elle.

After starting her career as a staff writer for New York Magazine, Catherine moved to London to create the very popular “Sleeping Around” dating column for The Independent newspaper. She is the author of Sleeping Around and Breaking the Rules (John Murray/Hodder), which have sold over 100,000 copies worldwide.

But her greatest passion was always solving mysteries: So after moving to Los Angeles, Catherine completed the required three years and 6,000 hours of training to become a licensed private investigator in California.  She used her PI skills to move into investigative reporting and has covered hundreds of mysterious death cases as a reporter for various print and TV outlets – including, most recently, spending two years as a writer and digital correspondent for Investigation Discovery.

In 2018, Catherine created the hit iHeartMedia podcast Hell and Gone, a present-tense true crime podcast that plunges viewers into the cold case investigation of the 2004 murder of Rebekah Gould in the Arkansas Ozarks. Hell and Gone has been downloaded millions of times and was named one of Entertainment Weekly’s Top 5 podcasts of the year.  The third season will be released in 2020.

In her spare time Catherine enjoys traveling to random destinations around the globe and also reading, watching and listening to true crime with her rescue chihuahua Winston Churchill.