Multiple award winning author Ellen Byron talks with her agent, Doug Grad about the happiness and hell of publishing, Hollywood, and a career in storytelling. 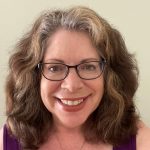 Ellen’s Cajun Country Mysteries have won the Agatha award for Best Contemporary Novel and multiple Lefty awards for Best Humorous Mystery. She writes the Catering Hall Mystery series, which are inspired by her real life, under the name Maria DiRico. Ellen is an award-winning playwright, and non-award-winning TV writer of comedies like WINGS, JUST SHOOT ME, and FAIRLY ODD PARENTS. 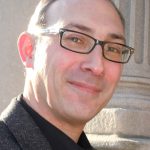 Doug Grad was an editor for twenty-two years at imprints of Simon & Schuster, Random House, Penguin, and HarperCollins. He acquired and edited numerous bestsellers in fiction and nonfiction, including the first two New York Times bestselling novels of historical fiction by Jeff Shaara. Over the years he’s worked with generals and admirals, war heroes, historians, politicians, astronauts, sports stars, coaches, comedians, mobsters, cops, journalists, musicians, truckers, cowboys and Native Americans among others. He opened his own literary agency in 2008 and has sold a wide range of fiction and nonfiction to Big Five publishers, as well as mid-sized and small publishing houses. His authors have hit the New York Times bestseller list, won prestigious awards, and have been critically acclaimed. Doug is married to a librarian, lives in Brooklyn, NY with his wife and two children and their pug dog, Winston.