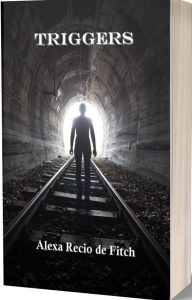 Phillip Weatherly’s biggest secret is that he’s a killer with a sealed juvenile record who grew up to become a bestselling crime author. Then, striking similarities between a homicide and his detective fiction novel get this adrenaline junkie—who trespasses into ruins—arrested. But is the murderer Weatherly or one of six others? In Weatherly’s book, a murderer stabs a victim to death at Manhattan’s abandoned City Hall Station. Years later, Mitchell’s real-life death mirrors the same MO and location. Detective Jónsdóttir discovers other suspects who could have wanted Mitchell dead and Weatherly incriminated because of their pasts. Throughout, Jónsdóttir also struggles with inner demons since she threw her homicidal father in prison. Who was triggered to commit this execution and why?